JILLIAN JACQUELINE KEEPS IT HONEST ON SIDE B

JILLIAN JACQUELINE KEEPS IT HONEST ON SIDE B 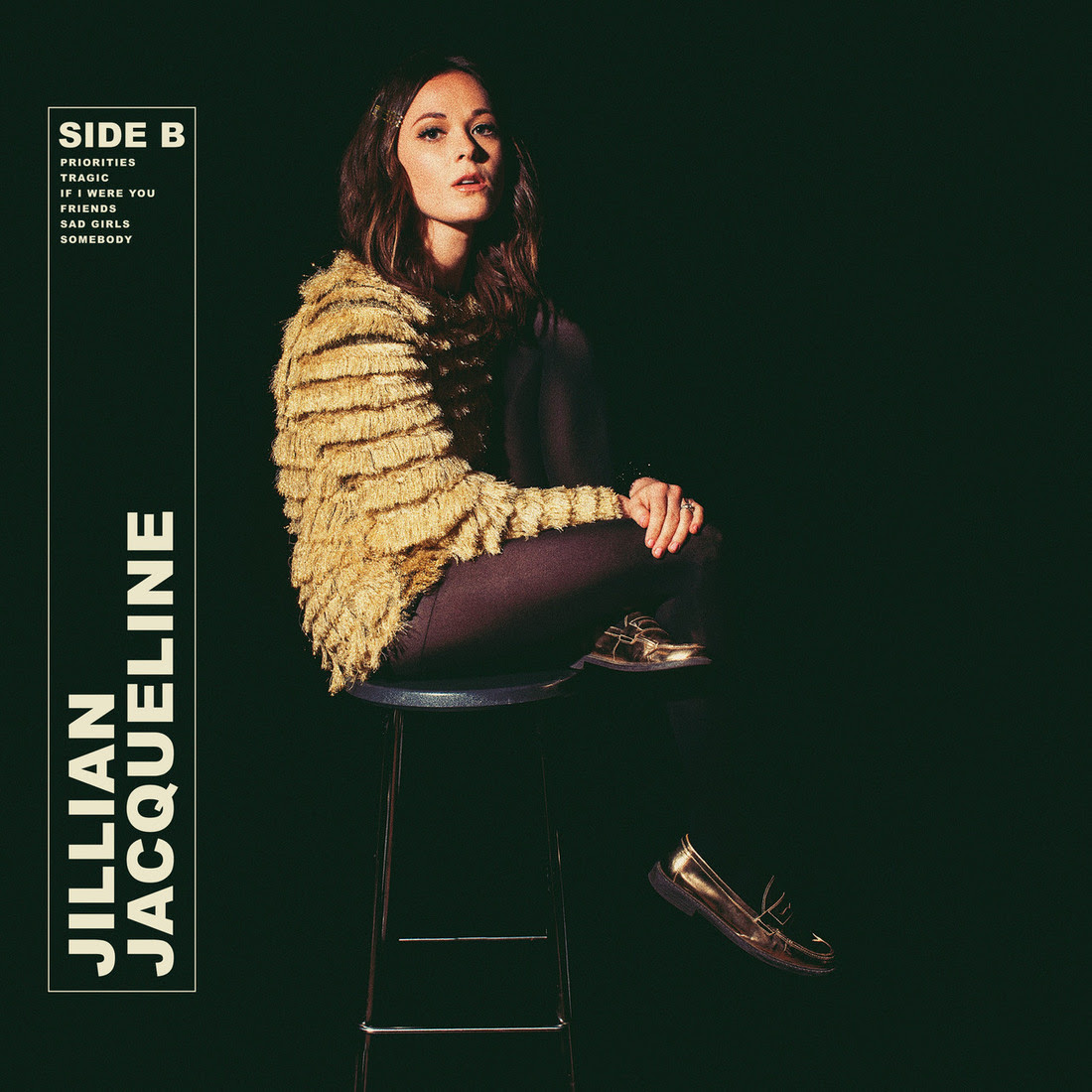 NASHVILLE, TENN. (September 7, 2018) – Big Loud Records razor-sharp singer/songwriter JILLIAN JACQUELINE has released today her six-track EP, SIDE B. The anticipated project follows 2017’s SIDE A, which put Jacqueline on the map as one of Country’s buzziest newcomers praised by Billboard, CMT, Rolling Stone, Vevo, Pandora and countless others.

Filled with her signature dreamy vocals and compelling lyrical storytelling throughout, SIDE B is produced by Tofer Brown and features tracks penned by Jacqueline alongside some of Nashville’s most acclaimed songwriters including Natalie Hemby, Bob DiPiero, Lori McKenna and more.

“I’m so proud to release SIDE B, the next chapter of the story that started withSIDE A,” shares Jacqueline. “These songs are the culmination of years of deeply personal experiences, hard lessons learned and finding the joy in the small moments. Also, they make me dance.”

Here is the official track list for Jillian Jacqueline’s SIDE B:

Building excitement ahead of the new release, Jacqueline dropped her Keith Urban collaboration “If I Were You,” already accumulating streams in the millions. SIDE B’s “Sad Girls” has been named a “Song You Need to Know” by Rolling Stone, praising Jacqueline’s depiction of heartbreak “not as a grand crescendo, but as quietly devastating attrition that eventually reduces us to dust.”

An alluring music video for “If I Were You” is available now, while an exclusive vertical video for “Sad Girls” is currently streaming on Spotify’s New Boots playlist. Watch the serene “Sad Girls” video here.

Set to celebrate the release on stage this weekend, Jacqueline will perform at FGL Fest in Indianapolis, IN September 8.  She will appear at the all-genre Pilgrimage Festival in Franklin, TN on September 22 before hitting the road with Kip Moore on the AFTER THE SUNBURN TOUR beginning September 28.