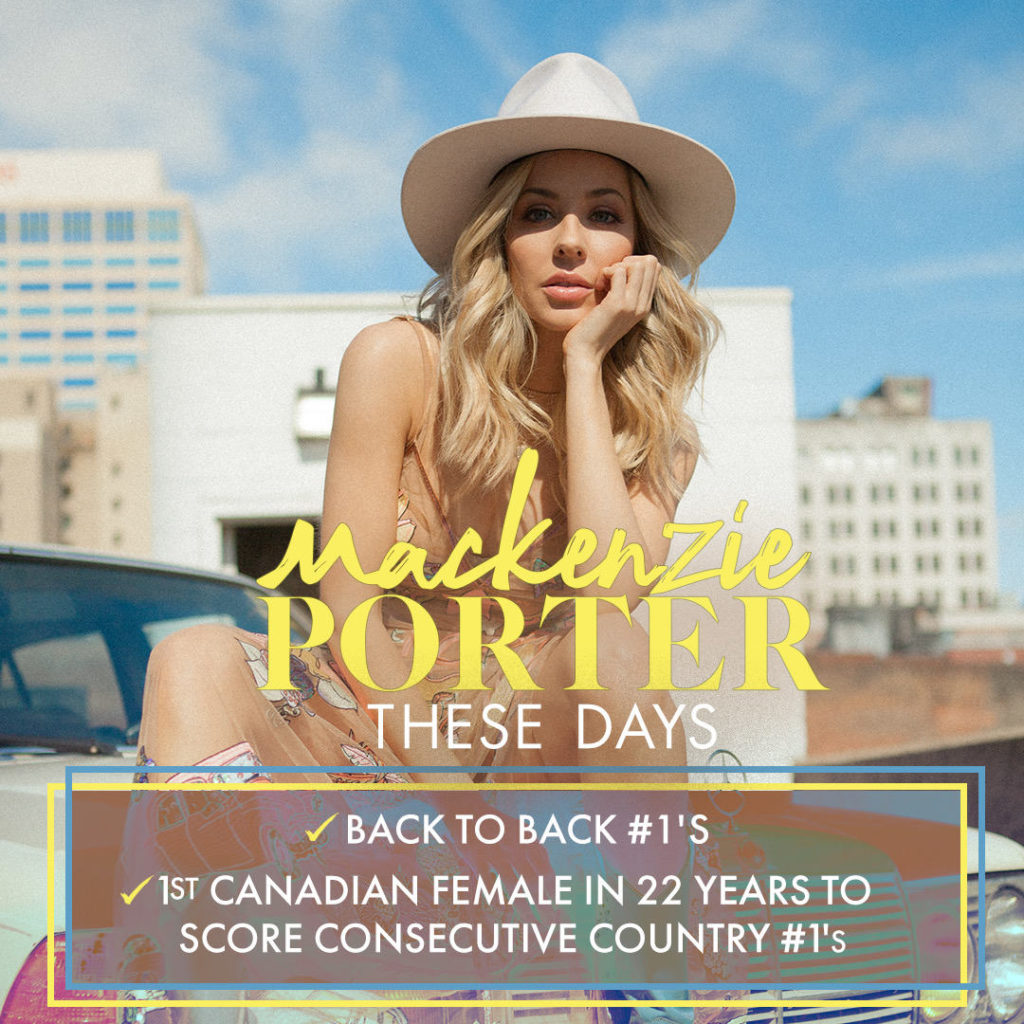 Since its release in March, “These Days” has amassed 7 million global streams to date,
and has received placement from several of Spotify’s top global playlists, including
Hot Country, New Boots, All About Country & Wild Country; along with Apple Music’s
Today’s Country, Breakout Country and Amazon’s Country Hits. “These Days” was
also recognized as the #1 most streamed Canadian country song on Spotify for multiple weeks
and was the #1 Canadian country song on Shazam Top 200 Canada chart for 8 weeks.

“I am unbelievably grateful that Canadian country radio has embraced my music
in such a massive way,” Porter expressed. “It doesn’t even feel real to have my name
in the same sentence as Shania Twain! Thank you to everyone who took a chance on me — from my incredible team to every fan who has requested a song and every radio programmer that’s played it — I love every single one of you. Canadian country radio you have completely rocked my world!”

Earlier this week, MacKenzie was announced as support on the
second leg of Big Loud labelmate Chris Lane’s BIG, BIG PLANS Tour.
With 21 stops across the U.S., this tour will see MacKenzie playing to sold-out crowds,
bringing her chart-topping hits to life, night after night.

From performing to 100K+ fans on the national Friends Don’t Let Friends Tour Alone tour alongside Dallas Smith and Dean Brody this past summer, to being selected as Amazon Music’s “Artist To Watch in 2019,” MacKenzie Porter has definitely made her mark on country music in 2019.  With new music slated for release in early 2020, there is no question that she is Canada’s newest country music sweetheart.