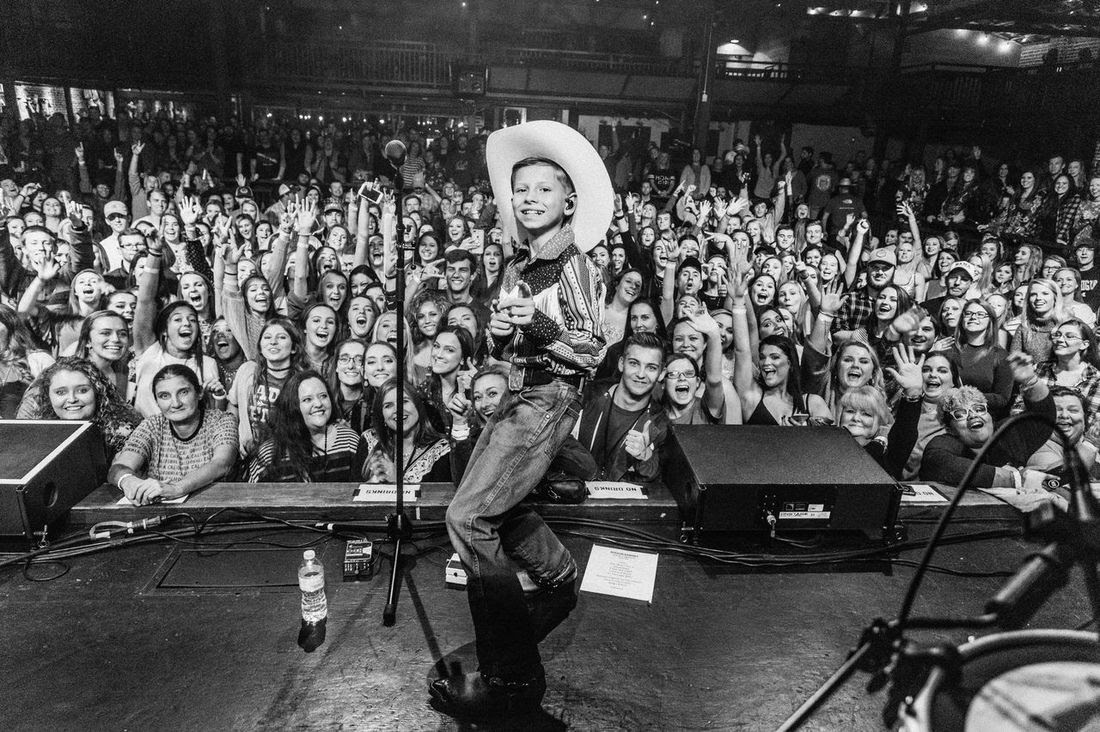 SPREADS HOLIDAY CHEER WITH THE

MUSICIANS ON CALL JUST IN TIME FOR A

NASHVILLE, TENN. (December 19, 2018) – In just nine months, MASON RAMSEY has “gone from social media sensation to legitimate career in record time” (The Fader). Catapulting into the genre on the fast-track to Country music stardom, the 12-year-old is capping a wildly successful year with his sights set on 2019.

“Looking quite comfortable on a Vegas stage” (Rolling Stone), Ramsey recently wrapped five December performances as the youngest artist ever billed to a Las Vegas residency. Serving as MULTI-PLATINUM superstar duo FLORIDA GEORGIA LINE’s special guest during their limited FLORIDA GEORGIA LINE LIVE FROM LAS VEGAS run, he started the party nightly as their direct support inside Planet Hollywood Resort & Casino. This past Saturday (12/15), Ramsey also closed out his first nationwide tour, as he’s spent the last three months on the road opening for CHRIS LANE’s LAPS AROUND THE SUN TOUR.

Earlier on Saturday (12/15), Ramsey teamed up with the Ryan Seacrest Foundation to visit Seacrest Studios at Children’s Hospital of Philadelphia in Philadelphia, PA, and spend time with pediatric patients and their families. Celebrating the season together, Ramsey performed his latest release, “White Christmas,” in a spirited sing-along with his new young friends. On Monday (12/17), he continued to spread holiday cheer in Nashville, TN, as he joined Musicians On Call to provide in-room performances at the bedsides of adult and senior patients at TriStar Centennial Medical Center.

“Many people don’t know that my grandparents would bring me to nursing homes to sing before Walmart,” Ramsey shares. “So visiting and making people happy while they’re in the hospital is really important to me and why I wanted to do this during the holidays.”

Now approaching the New Year, Ramsey is celebrating a stacked list of career-launching milestones since breaking onto the scene in April. Lauded by The New York Times as offering “a stylistically diverse country and roots music EP” with his breakout FAMOUS EP, he’s notched over 66 million U.S. streams to date while selling 360K+ U.S. copies of the lead title-track. As the youngest major label Country artist signed in nearly two decades, the Big Loud Records and Atlantic Records newcomer “continues to steal the spotlight thanks to his loveable spirit — and his genuine musical chops,” praises Paper Magazine, as he made his Grand Ole Opry debut and played several major music festivals including CMA Fest, iHeartCountry Festival, Stagecoach, and Coachella. Ramsey racked up high-profile award show appearances as he opened The 52nd Annual CMA Awards alongside BRAD PAISLEY and CARRIE UNDERWOOD and marked his Canadian television introduction with SHANIA TWAIN at the 2018 CCMA Awards. With additional broadcast moments at Teen Choice 2018 and the 2018 Radio Disney Music Awards, he also brought his music to Good Morning America (ABC), The Ellen DeGeneres Show (local listings), TODAY (NBC), and TRL (MTV).