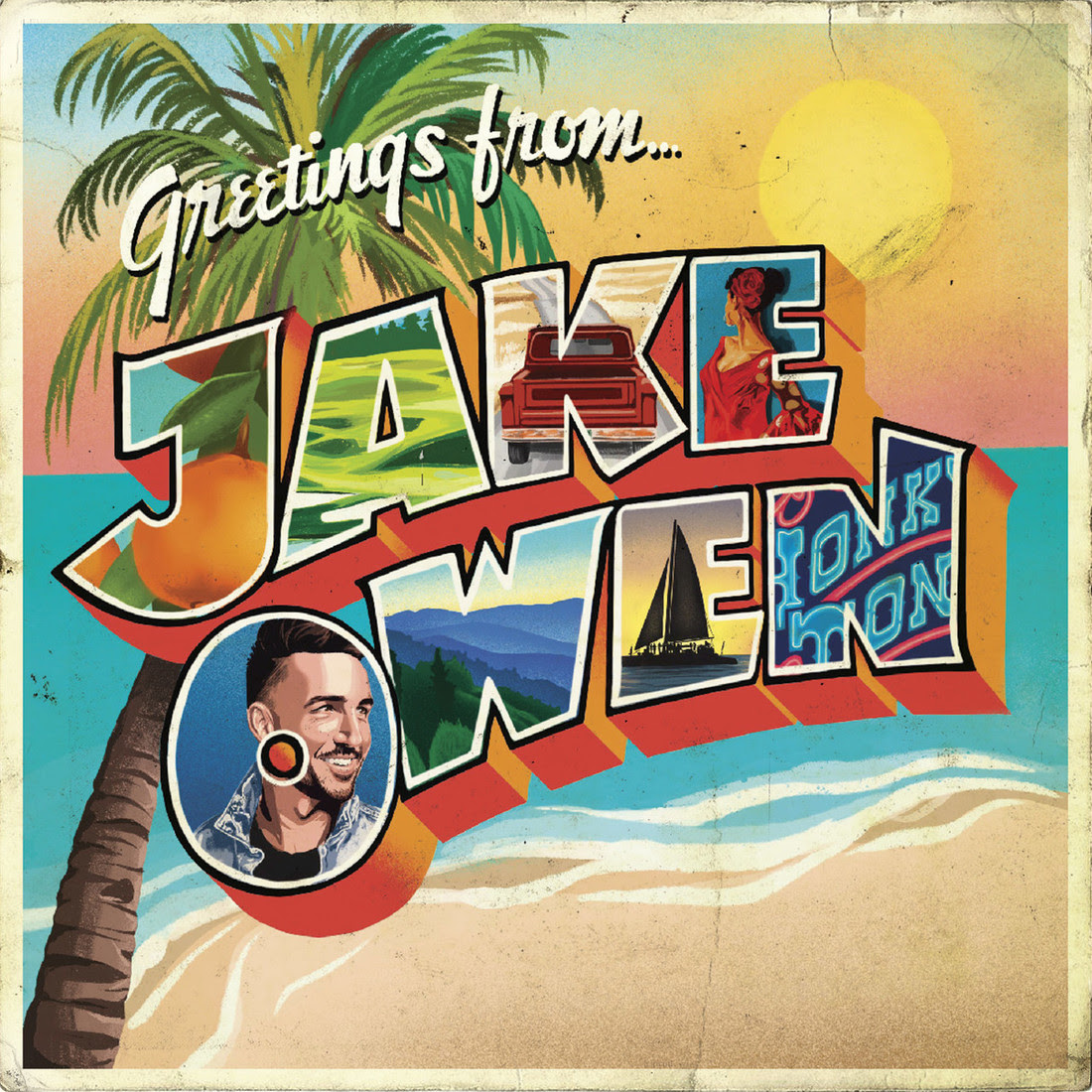 7X CHART-TOPPING, SINGER/SONGWRITER TO PERFORM ACM-NOMINATED SONG “DOWN TO THE HONKYTONK” ON NBC’S TODAY APRIL 1

NASHVILLE, TENN. (March 29, 2019) – MULTI-PLATINUM selling artist JAKE OWEN is releasing his highly-anticipated album GREETINGS FROM…JAKE today (3/29) via Big Loud Records. GREETINGS FROM…JAKE has already garnered rave reviews from Billboard, Rolling Stone Country, The Tennessean and Sounds Like Nashville, for an impressive blend of traditional country twang and coastal-flare. To celebrate the release, the 7X chart-topping artist will perform his Top 10, ACM Award-nominated song “Down To The Honkytonk,” in the 9 a.m. hour of NBC’s TODAY on April 1 (check local listings).

GREETINGS FROM…JAKE features 14-tracks including Owen’s seventh career #1 and PLATINUM-selling smash, “I Was Jack (You Were Diane),” plus special collaborations with Kid Rock (“Grass Is Always Greener”) and YouTube sensation Lele Pons (“Señorita”). Billboard exclusively premiered the smooth ballad “In It” (HERE) while Rolling Stone named “Drink All Day” in their list of Country and Americana Songs You Need To Hear Now.

Owen teamed up with award-winning producer Joey Moi who steered several of his career-defining hits including; “Barefoot Blue Jean Night,” “Alone With You” and “Beachin.’” In a recent Billboard feature, Moi shared, “He’s a classic-country-song jukebox. He can sit there and play any old, old classic country song for hours and hours and hours, and he sings in this awesome, great baritone country voice, which is so natural to him. I really wanted to get him [to do] more [of] that: more organic, more traditional, more singing down in those lower keys.”

Applauding a collection that stretches back to Owen’s traditional country influences and his Floridian roots, Billboard added, “’Instead of the programmed drums and plug-in effects that are fairly standard in modern country, Owen drapes the album in guitars — biting honkytonk electrics, ringing acoustics and Paul Franklin’s tangy steel…” The Tennessean shared that the album, ““…drips steel guitar and hit country songs…” and Sounds Like Nashville called it, “a breath of fresh air…”

Adding to the release day excitement, Owen will make a special live performance tonight at the legendary honky-tonk Tootsies Orchid Lounge on Broadway in Nashville, TN.