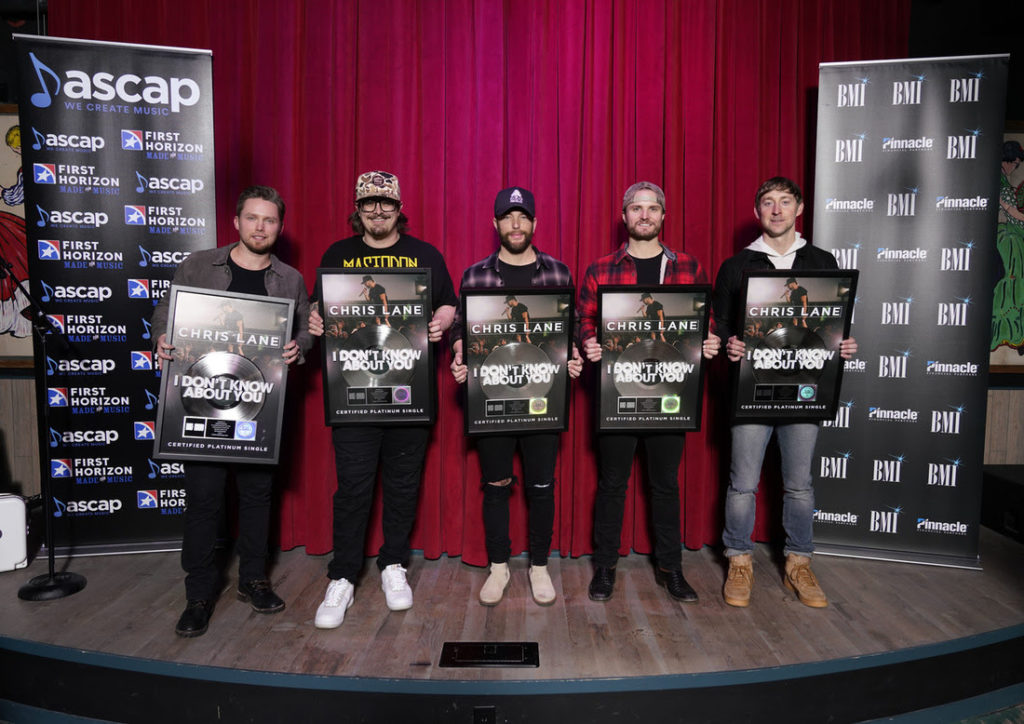 NASHVILLE, TENN. (January 29, 2020) – As his current single “Big, Big Plans” ascends the charts, Chris Lane celebrated #1 smash “I Don’t Know About You” with a packed-out party at Cross-Eyed Critters in the Graduate Nashville, hosted by BMI and ASCAP on Tuesday (1/28).Industry playmakers, media and friends joined in the festivities with Lane toasting to his second #1 song. “I Don’t Know About You” songwriters Ashley Gorley (ASCAP), Michael Hardy (BMI), Hunter Phelps (ASCAP) and Jameson Rodgers (ASCAP) thanked those in the room who contributed to the success of the song. Adding to an already special moment, “I Don’t Know About You” marks both Phelps’ and Rodgers’ first-ever #1 song.“Thank you to the songwriters for writing a monster song, and for giving me a chance to record it, because it changed my life and career,” said Lane. “To the Big Loud team and radio staff, thank you all so much for working so hard and getting this song to the top. To [producer] Joey Moi, thank you for taking this song and making it everything it is. To everybody in this room that had a part in this song and my career, I love you guys and thank you for being here. This is a big one for me.” Lane and the four songwriters were surprised with plaques to commemorate “I Don’t Know About You” reaching PLATINUM certification by the RIAA for exceeding 1 million equivalent sales in the United States. The song marks Lane’s second PLATINUM-certified hit.

SEE PHOTOS FROM THE “I DON’T KNOW ABOUT YOU” #1 PARTY HERE.

In addition to taking the top spot at Country Radio, “I Don’t Know About You” has racked up more than 347 MILLION streams to date, while the music video was Vevo’s most-viewed Country clip for multiple consecutive weeks. A highlight in Lane’s high-energy live show, “I Don’t Know About You” earns a crowd-wide sing-along night after night on his BIG, BIG PLANS TOUR. Already selling out shows in major markets including Chicago, Boston, Atlanta, Nashville and more, Lane will head to the West Coast this weekend for SOLD-OUT shows in Anaheim (1/31) and Los Angeles (2/1). Following his headlining run, Lane is set to join Kane Brown on THE WORLDWIDE BEAUTIFUL TOUR. 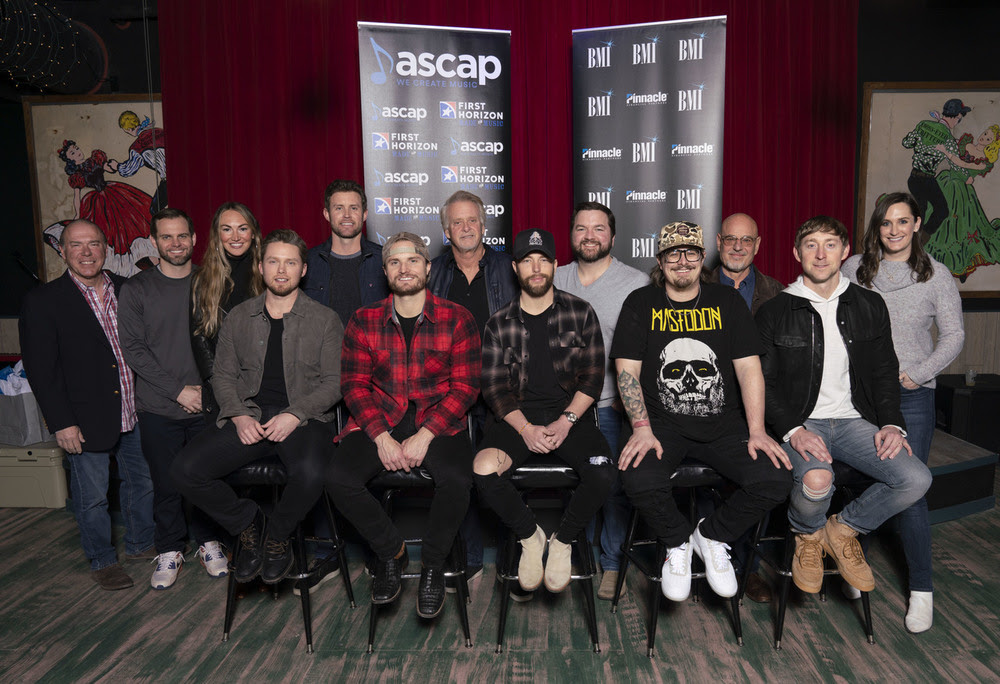