LOS ANGELES, CALIF. – As his audacious sophomore album, the mockingbird & THE CROW, continues accelerating through its first week of release worldwide, Big Loud Records heavy-hitter HARDY brought West Hollywood to its knees last night with a double header album event as original as the album it celebrated.

Stunning max capacity crowds with lines wrapped around the block at iconic Los Angeles venues The Troubadour and The Roxy, the buzziest country rocker in town took fans and industry players alike through both halves of his two-sided “country-metal odyssey” (Wide Open Country).

“How are y’all doing tonight,” he greeted a wall-to-wall Troubadour crowd after an upbeat double shot of “beer” and “red.” “I’ve heard some crazy stuff tonight. Some of y’all flew in for this, traveled across the country to be here. I can’t really talk about that, or I’ll start f—king crying…’cuz I’ve been crying.”

“I’m so proud of this record,” he continued, “and I’m so thankful to have all the awesome reception, all the love you guys have been showing with this record only being out for a few days. I feel the love from you guys, and I truly think I have the best fans in the world, so thank you, thank you for being here.”

Staying true to its sequence, the chart-topping artist-writer transitioned into track three from the just-released project, a song he introduced as “a song that I wrote about justice, about doing what you think is right. A very special song to me, one of my best and very favorite songs that I’ve ever written,” “wait in the truck.” Received with a deafening response, the verging on Top 10 country single shook the walls, with all 300+ attendees belting the “have mercy” post-chorus at the top of their collective lungs.

Flying through the country top half of the record, HARDY closed out the 30-minute set with the first half of title track “the mockingbird & THE CROW” solo, just him and an electric guitar, leaving fans with a cliff-hanger that minutes later resumed at The Roxy, launching the rock half of the evening.

Making only one chronological exception to play debut album rocker “BOOTS” before its referential sophomore album counterpart “TRUCK BED” — “I’m supposed to play THE CROW front to back but let me see if I can switch something up real quick. My record label is going to kill me for this…” – HARDY unleashed. Soaring through early favorites like “SOLD OUT,” #11-and-climbing rock single “JACK,” “I AIN’T IN THE COUNTRY NO MORE,” and buzzy kiss-off “RADIO SONG,” HARDY’s harder tendencies were the magnetic, undeniable force that rounded out a one-of-a-kind night.

With the presentation of this record and the two halves of an artist rising to new heights, fans and critics are quickly being introduced to the fullness of “HARDY the artist, determined to tell his truth his way, to embrace all the music that’s pumping through his veins” (HITS).

Tomorrow, the in-demand hit-maker rejoins duet partner and reigning CMA Female Artist of the Year Lainey Wilson for the late-night debut of their instant classic “wait in the truck” on The Tonight Show Starring Jimmy Fallon at 11:35pm ET/10:35pm CT on NBC. Then Thursday, HARDY will make his morning TV debut on the third hour of NBC’s TODAY with early favorite album cut “screen” – check your local listings.

Big Loud Records’ heavy-hitter HARDY has never been just one thing. Uncaging his next chapter now, HARDY introduces the mockingbird & THE CROW, his dichotomous, 17-track sophomore album and the follow up to critically acclaimed 2020 debut, A ROCK. HARDY is the reigning ACM Songwriter of the Year, the 2022 BMI Country Songwriter of the Year, and a two-time AIMP Songwriter of the Year, additionally nominated for New Artist of the Year, Song of the Year, and Musical Event of the Year at the 2022 CMA Awards. One of CRS’ 2021 New Faces of Country Music and a two-time CMA Triple Play award recipient, the pride of Philadelphia, Miss. has earned his reputation as “a breakout in the making,” (HITS) and “a promising purveyor of keeping the spirit of classic heavy Southern rock alive” (American Songwriter). HARDY has written 12 #1 singles since 2018, including his own double platinum #1 single “ONE BEER” feat. Lauren Alaina + Devin Dawson, and chart-topping Dierks Bentley + BRELAND collaboration, “Beers On Me.” He’s previously toured with Thomas Rhett, Morgan Wallen, Florida Georgia Line, Jason Aldean, Cole Swindell, and more, and will launch his sold-out headlining the mockingbird & THE CROW Tour in February. 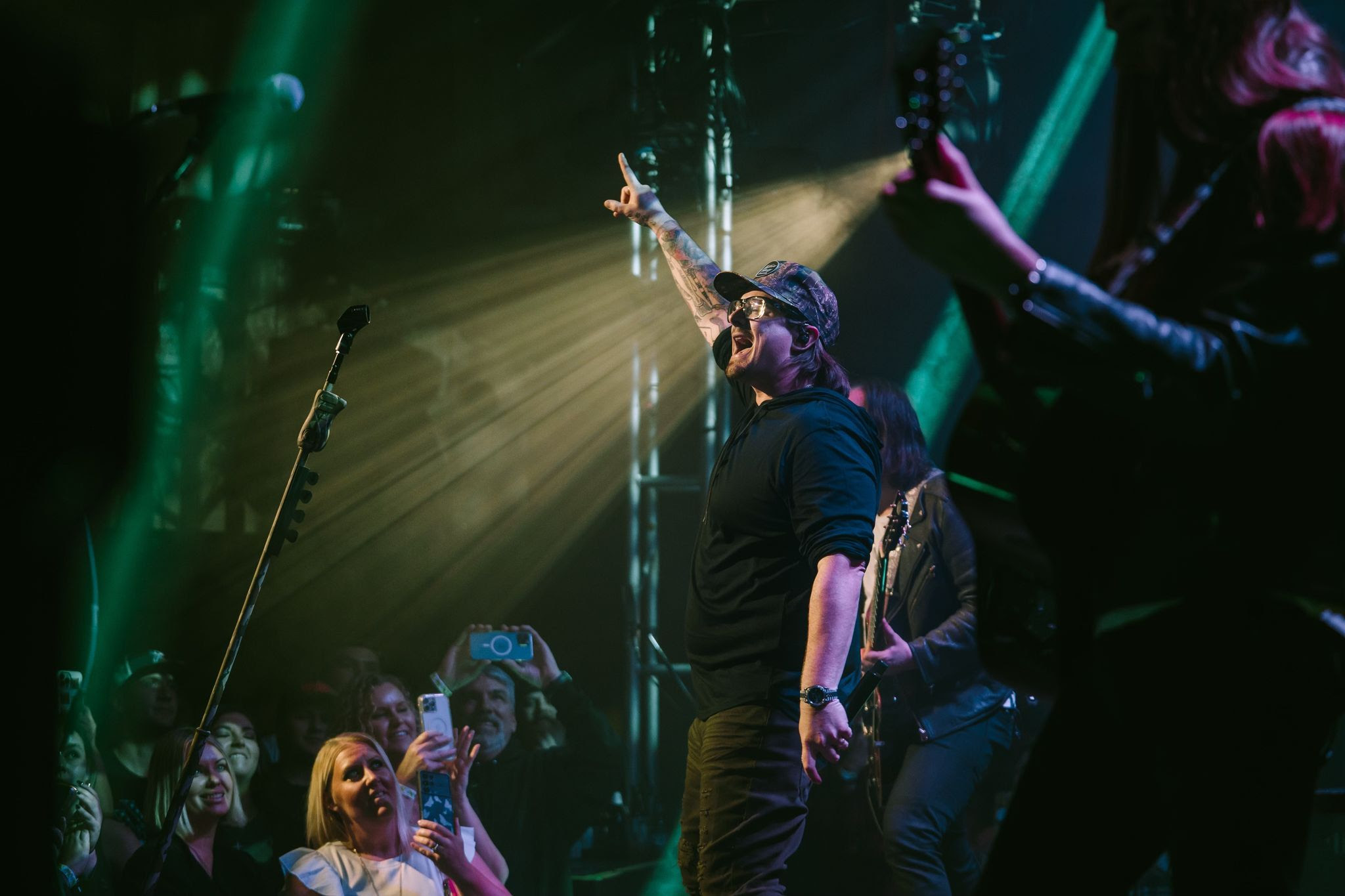 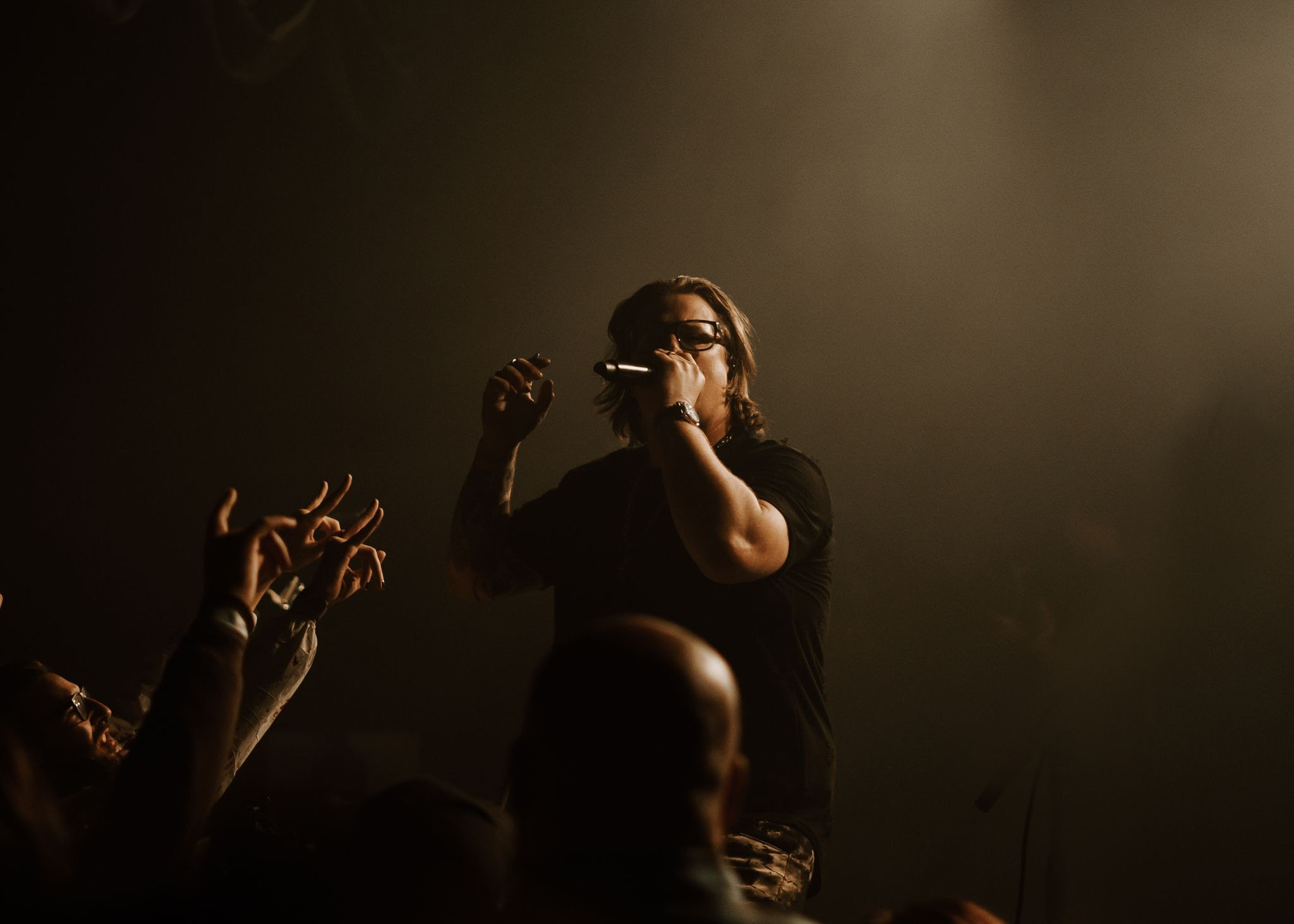