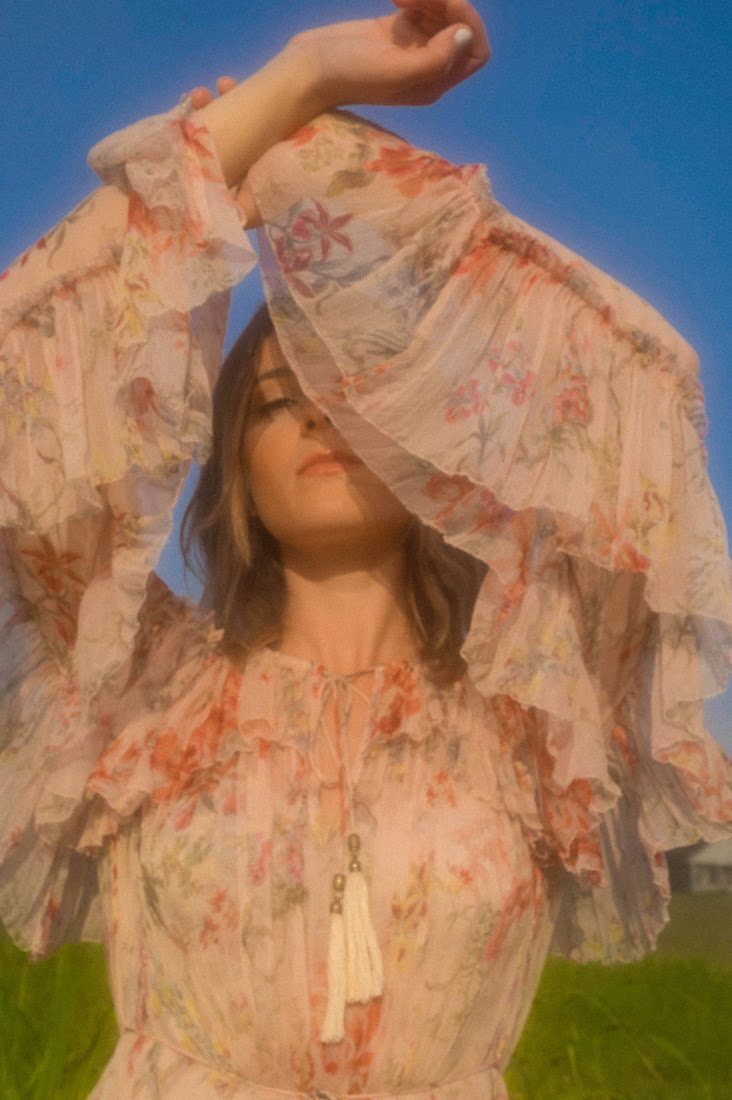 ETHEREAL CLIP FOR SIDE B TRACK PREMIERES EXCLUSIVELY WITH THE FADER

Directed by Patrick Tracy, the 1970s romance inspired clip features Jacqueline in a sunlit open field, accompanied only by her guitar as she sings the broken ballad.

“When I wrote this song, the imagery I had pictured was definitely a rainy city street at midnight,” Jacqueline tells The FADER exclusively, “but when I came to my longtime collaborator and friend Patrick Tracy to direct this, we both gravitated towards the visuals of a soft romantic image we had seen of 1970s models in a field of flowers. It’s the first time I’ve shot something quite so ethereal in nature and I think it fits the song beautifully. Side note: I did in fact get poison ivy from laying in this field. It sucked.”

Heavy with heartbreak, “Sad Girls” was penned by Jacqueline alongside producer Tofer Brown and Lori McKenna. Spotlighted for its detailed lyrics drenched with emotion, the track has been named a“Song You Need To Know” by Rolling Stone, while Idolator describes “Sad Girls” as “the kind of stripped-back country anthem that gently slides a knife into your heart with its brutally honest lyrics.”

“Sad Girls” is one of six brand new songs featured on SIDE B, the second set of stories following her critically praised 2017 EP SIDE A. Produced by Tofer Brown, Jacqueline co-wrote every track on the project alongside some of Nashville’s most esteemed songwriters, including “If I Were You,” her buzzed-about collaboration with Keith Urban.

The Billboard “Chartbreaker” will take the stage this Saturday (9/22) at Pilgrimage Festival in Franklin, TN, after spending the summer performing at high-profile festivals including Country LakeShake, Faster Horses, Watershed and the all-genre Bumbershoot Festival in Seattle, WA. She is gearing up to support Kip Moore on the AFTER THE SUNBURN TOUR throughout the fall, kicking off September 28in Birmingham, AL.