WITH A LITTLE PIANO, A LOT OF PASSION AND PYRO, AND A MASSIVE MOBILE PANTRY, MORGAN WALLEN WRAPS ’22’S DANGEROUS TOUR IN ARLINGTON, TEXAS

WITH A LITTLE PIANO, A LOT OF PASSION AND PYRO, AND A MASSIVE MOBILE PANTRY, MORGAN WALLEN WRAPS ’22’S DANGEROUS TOUR IN ARLINGTON, TEXAS 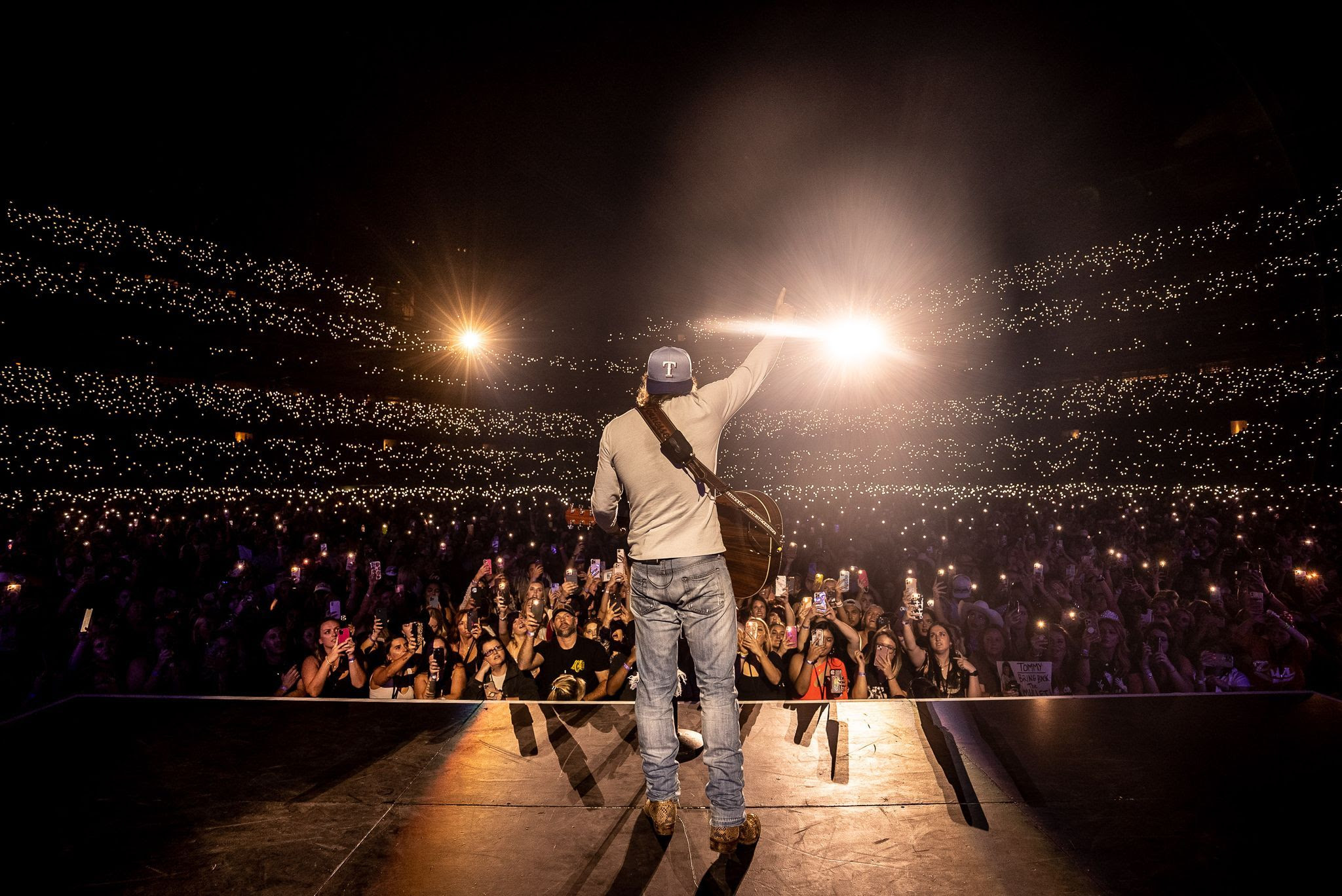 ARLINGTON, TEXAS – With a Texas Rangers snapback covering his signature mullet, Big Loud recording artist and ’22 CMA Entertainer of the Year nominee Morgan Wallen emerged on his Dangerous Tour “MW” staging one final time Saturday (10/8) night after zigzagging across North America since his February tour launch at Madison Square Garden, a grin as big as the state he was in. Setting a new attendance record for Globe Life Field, the boy from East Tennessee’s sincerity was on full display in response to the crowd’s enthusiasm for his first headlining stadium show.

“This is a special night for me, my band and crew,” Wallen shared as he paused for several minutes to collect himself and take in the at-capacity crowd. As he introduced his band, he added, “We started out rehearsing in one of my buddy’s mom’s basements…and this is not quite a basement.”

His band joined Wallen at the edge of the stage as they kicked off the next song, met with bras thrown on stage and arms pumping in the air as Wallen’s fans stood the entire set, swaying and singing along.

Prior to Wallen’s energetic set, ERNEST filled in for HARDY, following the latter’s bus accident last week. Wallen and ERNEST later paid tribute to their label mate with a unique collaborative performance of “UNAPOLOGETICALLY COUNTRY AS HELL,” sharing how much they can’t wait to be back playing live with their friend once he recovers.

Wallen’s Dangerous Tour broke records in 30 venues across the country during its eight-month-long run. Highlights include last weekend’s historic Globe Life show, which became the fastest sellout in the venue’s history and surpassed attendance records previously held by artists such as Elton John and Lady Gaga. The tour’s high demand also led Wallen to sell out 11 of the venues faster than any other act, while simultaneously breaking attendance records with stops at XFINITY Theatre, AmericanBank Center and Darien Lake Amphitheater, among others.

Off the stage, Wallen’s foundation and Greater Good Music were also making an impact. Earlier Saturday morning in the stadium parking lot, as they have in Fort Lauderdale, Fla.; Evansville, Ind.; San Antonio, Texas; Raleigh, N.C.; Bloomington, Ill.; Orange Beach, Fla.; and Cullman, Ala. Greater Good Music, in service with the local area food bank (in Arlington, Tarrant Food Bank), worked swiftly to deploy 50-60 pounds of food per vehicle — along with fresh flowers from the “Flower Shops” collaborator — to over 600 families. This year, Wallen has donated over 500,000 meals to help combat food insecurity and aid in relief following natural disasters in the U.S. To learn more, visit GreaterGoodMusic.org.

With over 12.1 billion on-demand streams, multi-platinum certifications and six chart-toppers at country radio, it’s no wonder The New Yorker dubbed Morgan Wallen “the most wanted man in country.” His critically-acclaimed, 4x platinum ACM Album of the Year Dangerous: The Double Album (Big Loud/Republic Records) — Wallen’s follow-up to his Double Platinum breakout If I Know Me — topped 2021’s all-genre Billboard 200 Albums year-end chart with 4.1 million units sold, earning him 2022 Billboard Awards Country Male Artist top honor while continuing to notch historical chart status as Billboard’s longest running top 10 album in history for a solo artist (eclipsing Adele’s 21 and Bruce Springsteen’s Born In The USA). Its success sparked an in-demand, 55-show The Dangerous Tour in 2022 that kicked off this February. The East Tennessean’s hit-packed set includes “Up Down” (2017), “Whiskey Glasses” (2018), “Chasin’ You” (2019), “More Than My Hometown” (2020), “7 Summers” (2020, named one of Time Magazine’s Best Songs of the Year), “Sand in My Boots” (2021) and his latest crossover No. 1 “Wasted on You.” Wallen’s first solo release of 2022, the emotional ballad “Don’t Think Jesus,” timed to Good Friday in honor of its redemptive lyrics, earned a Top 10 Billboard Hot 100 debut and landed atop Billboard Hot Country Songs chart making him the first artist to score three No.1 debuts on the chart (based on airplay, streaming and sales) since its inception. Working outside the traditional Nashville mainframe with producer Joey Moi, HITS magazine notes, “Wallen continually colors outside the lines,” adding, in turn “he’s connected to his fans in ways unprecedented for a country star.” Having already taken home New Artist of the Year in 2020, the CMA Winner is a top nominee at this November’s awards, up for both Entertainer of the Year and Male Vocalist of the Year. On the awards, the ACM Milestone Award recipient shares, “Awards are awesome, but my true measure of success is my fans, whom I get to see every single night out on the road this year and for many years.” Thanks to the nearly 1 million of them who purchased tickets to his 2022 Dangerous Tour, the superstar has raised nearly $3 million dollars for causes close to his heart as $3 from every ticket sold benefits the Morgan Wallen Foundation. 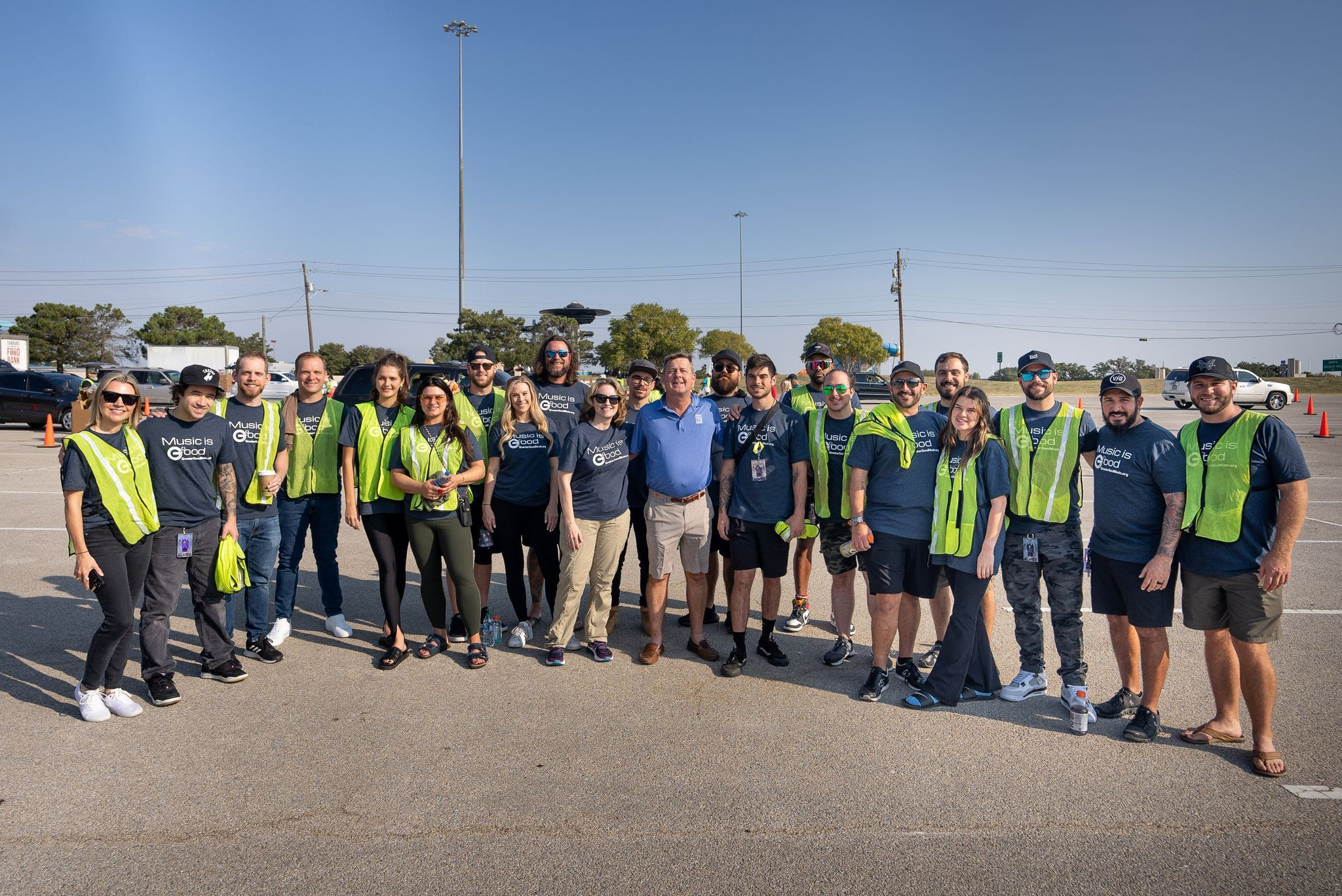 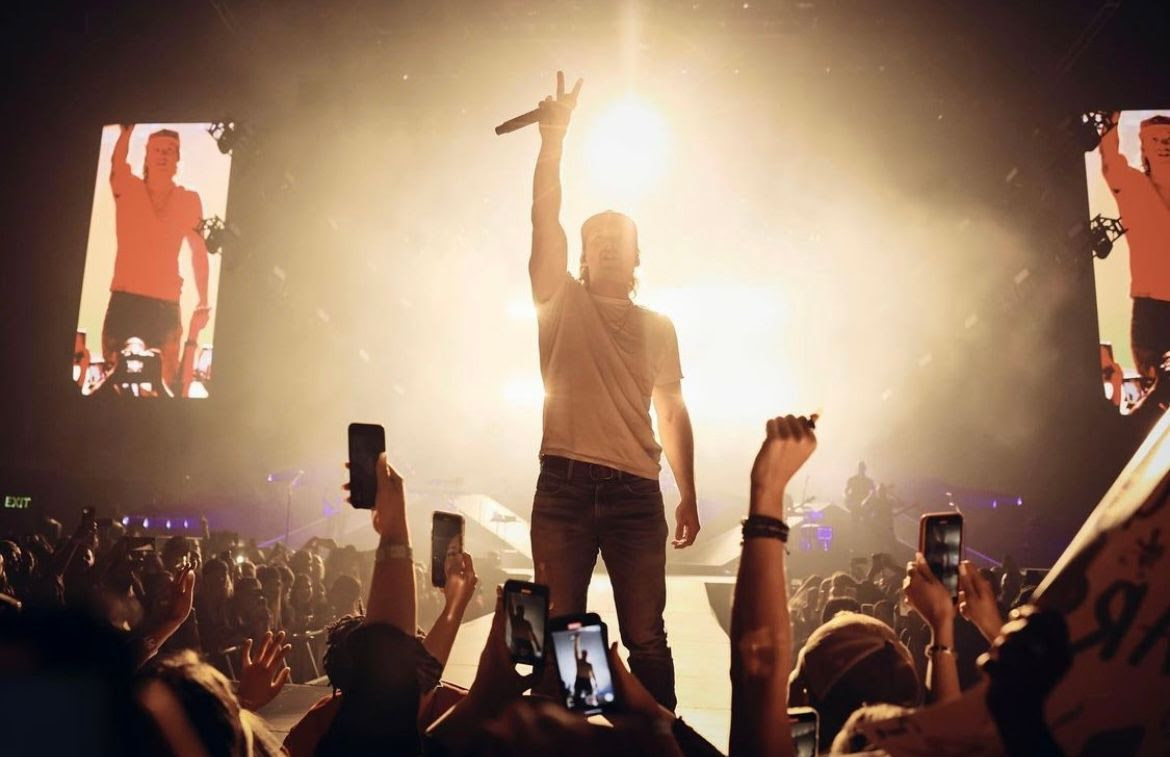 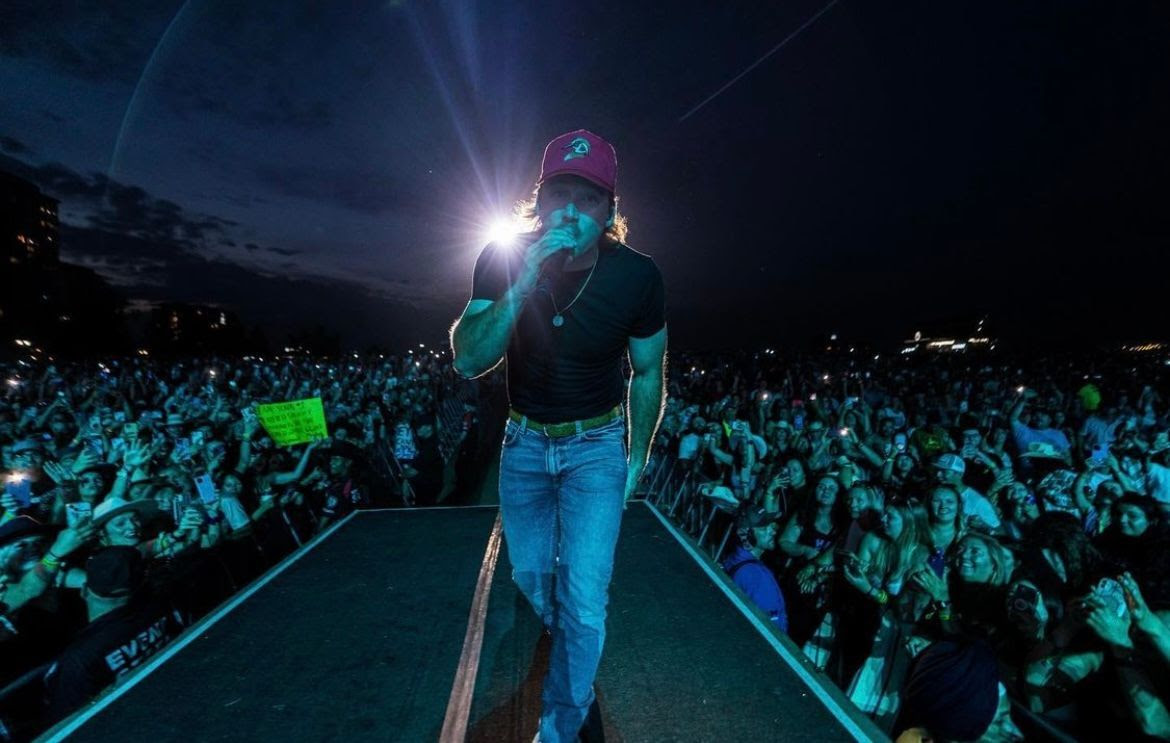 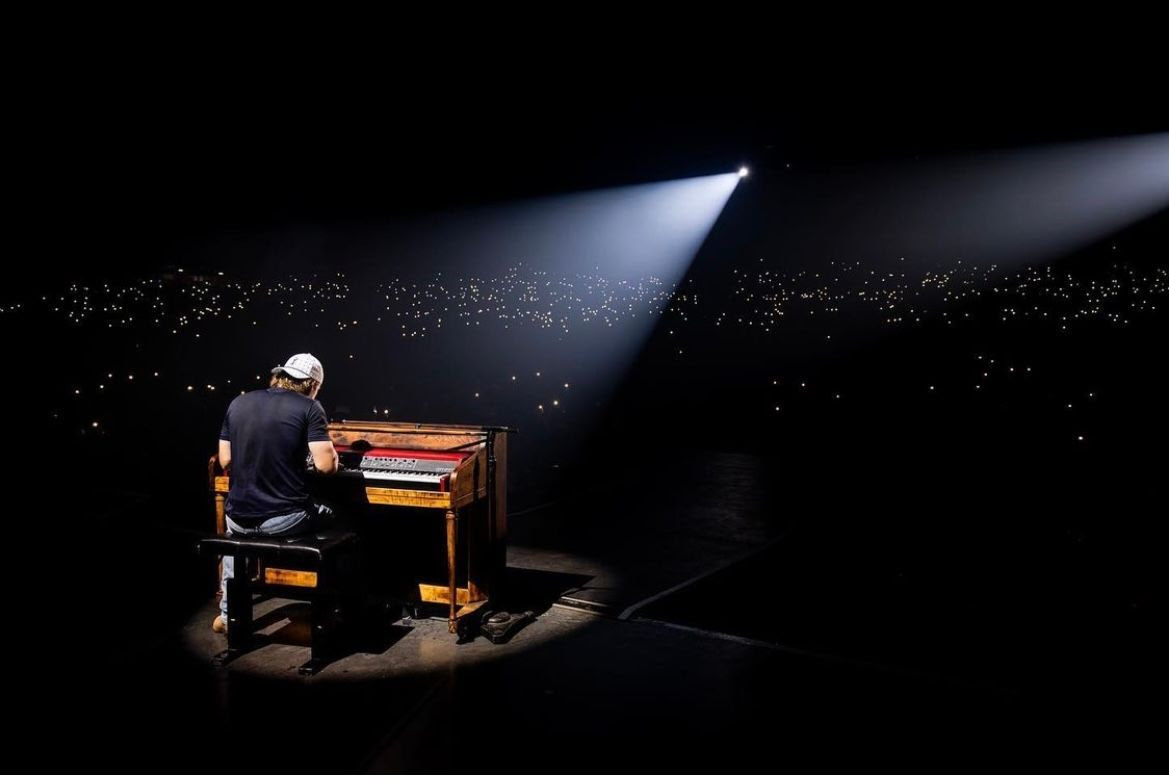